I’m a nerd for fiddling with my twitter schedule to try and figure out the best time to tweet. Rather than let all that research go to waste, I thought I’d share it with you.

For me, it’s about 6 times a day. Sometimes more, sometimes less but let’s just go with that for this example.

Why do I use two tools? Well, they both use different metrics to determine the best time to tweet.

This is Buffer’s method:

We look at the past 5,000 interactions (e.g. likes, favorites, clicks, etc.) you’ve had on the profile you’re optimizing as well as similar profiles in the same timezone. We then plot these according to your timezone in a 24 hour period, to see when most interactions have happened.

We also include a “experimental” element, that picks some timeslots outside your top engaged times to find unexplored, new optimal timing areas for you to post.

Followerwonk picks times when most of your followers are online. In my experience, this is better for conversation (usually occurs around 8-10pm AEST for me) but if you want clicks, the Buffer times do tend to be better.

But the main thing: it’s EASY to set up. Just a couple of clicks. Here’s how I use Buffer to schedule the best time to tweet:

UPDATE: Buffer have sadly removed their Optimal Timing Tool but everything else still works A OK.

I *HEART* Buffer. If I could gay marry Buffer I would in a heartbeat. It can do all sorts of nifty things and I recommend checking it out. Also, make sure you add the Buffer extension to your browser.

Click on the ‘Schedule’ tab. Scroll down to ‘Try our Optimal Timing Tool’. Select the number of times you want to tweet per day (in my case, 3). 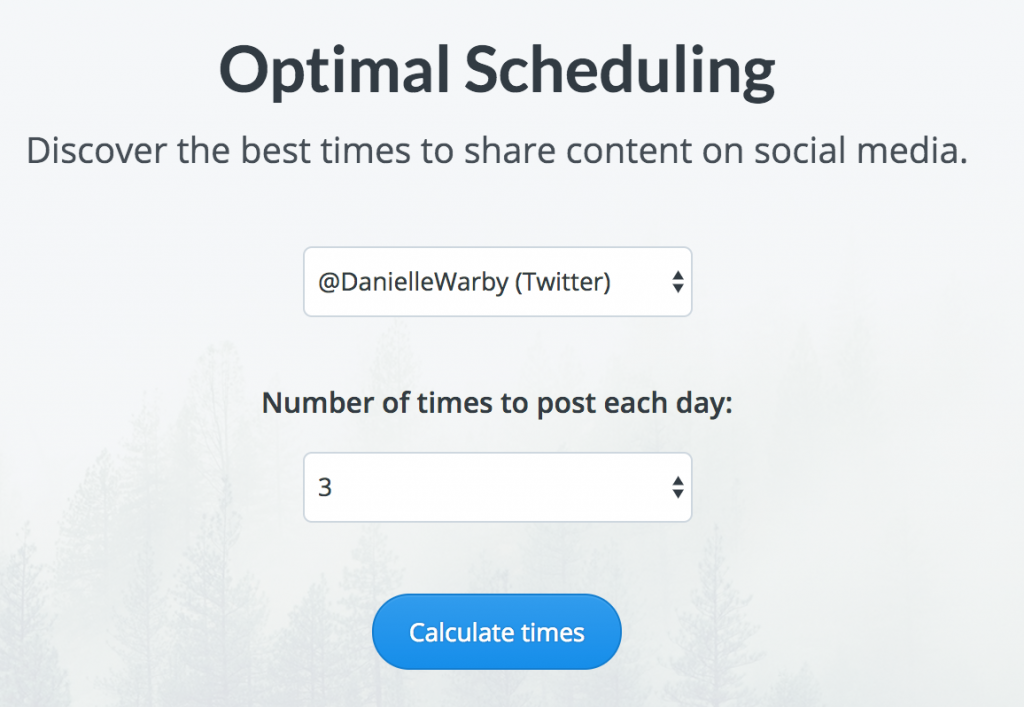 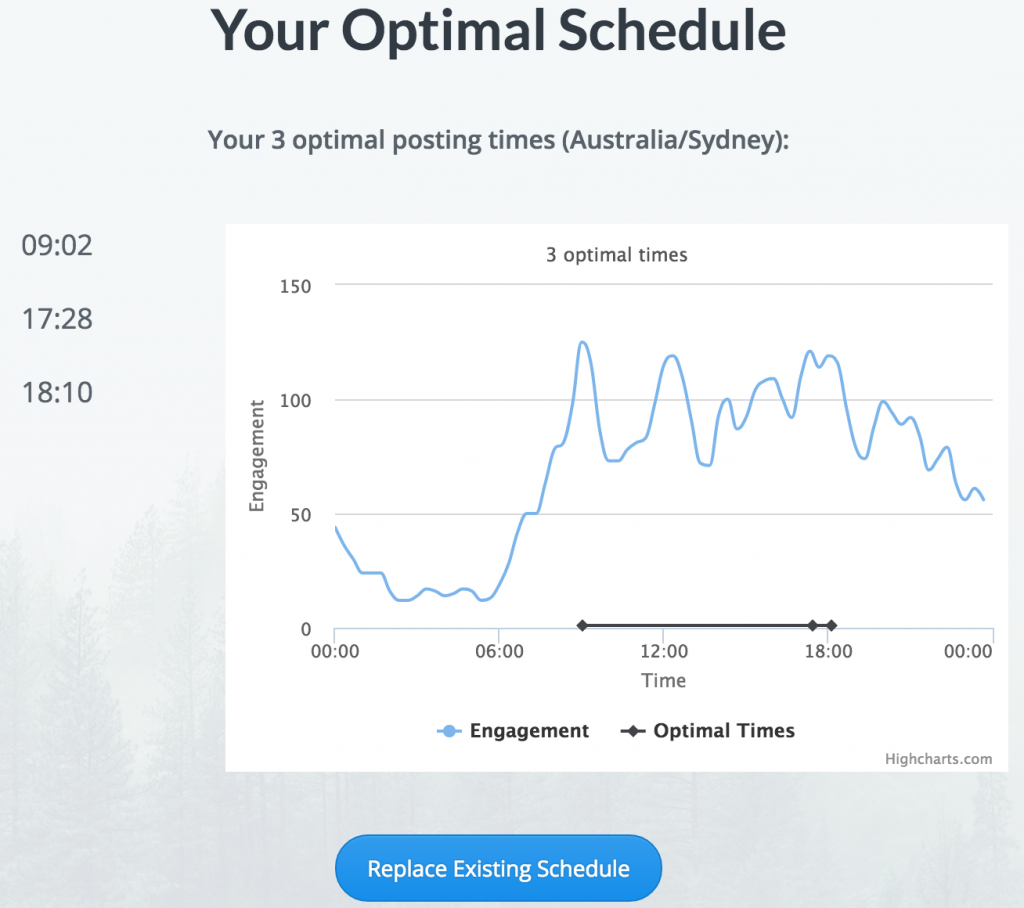 You can type your tweets directly into Buffer but… I don’t. Use the extension. And you will also see the option in twitter to ‘buffer’ a tweet instead of sending it straight away if you’re on a laptop or desktop. There’s also a Buffer app for your phone.

Now onto the next one:

Tool 2: Followerwonk by Moz – best time to tweet based on follower activity

First of all, I would also totally wed Moz if I could (it’s getting crowded in this marriage), especially their ‘Whiteboard Friday’ video series. Check it out if you haven’t already and get your analytical nerd fix.

Click the Analayze tab. Pop in your username and select ‘analyze their followers’. You can see all kinds of cool things like where your followers are located. Mine are all in Sydney, apparently.

The section you want is ‘Most active hours of DanielleWarby’s followers’ – pop in how many times you would like to tweet (again, 3) and click ‘Schedule at Buffer’.

NOTE: this will show up in a separate tab in your schedule (make sure you refresh Buffer if you still have it open to see).

Voila, you are done!

My grain of Salt

Don’t think about it all that much! I get so caught up in fiddling about with my schedule when it would be better just to share stuff and talk to people on twitter. But I’m an analytics nerd so¯\_(“,)_/¯ .

Downside: this data is not broken down into different days. I can tell you though, Monday morning is usually a bust for engagement and clicks unless you have something newsworthy.

Tuesday is a GOOD day on the whole.

Friday after 3pm, forget about it. However, if you are up for chats with other homebodies, this is a good time.

So, what I do is only post the evening tweets Sunday to Thursday and the morning tweets Tuesday to Friday. Do this by deselecting the relevant days of the week in the schedule tab.

As for weekends, GET OFFLINE AND GO OUTSIDE. But if you must, either stick to this schedule or come up with a new one. Have a play and let me know what you think works.

Then do me a favour and PLEASE buffer your RTs too! There is nothing worse than coming on to twitter and my feed is flooded by one person’s RTs. You’ll probs want to set up a schedule with WAY more than 6 and the sky is the limit just space those babies out. Thankyou.

Sure, outrage will get you clicks and shares too but do you want to contribute that to the world? No, no you don’t. Positive works too: