I miss Zela. Zela was SBS’s website dedicated to women’s sport. I was the managing editor responsible for commissioning quality content relating to the issues faced by women in sport.

Every now and then I’ll speak to someone and they’ll ask me, “Why? Why was it shut down?!”

I still don’t have those answers and I probably never will but the desire for a women’s sport website lives on!

Surely there is someone out there with the cashola and the belief that a women’s sport website would be hugely successful? While we wait, here are some of the awesome women who worked with me on the site. Give them all the sports writing jobs.

I wrote 76 articles for Zela, and probably posted/edited 200 more. I loved every single one. My favourite part about Zela was being able to highlight sports and athletes that otherwise wouldn’t have gotten media coverage. For example, I put together this piece on Paralympian Madison de Rozario, who is just the coolest. I liked being given the creative freedom to get a bit sassy and snarky in my writing, such as ‘7 Things Female Athletes Never Have To Worry About’ and ‘Yes, it’s true – lesbians are killing football. But in the best kind of way.’ Also, puns. So many puns. (My greatest achievement was the headline for a story about WNBL games being broadcast via the internet, but not on TV – “Nothin’ but net”)

I’ve worked in journalism for almost 10 years, and Zela was hands down the best thing I’ve ever been a part of.

I love that we had a site fully dedicated to women in sport and their achievements. So often this gets missed in mainstream media and there’s so many amazing stories that aren’t being told. It was a great experience working on this project and playing a small part in furthering the case for equality in sport.

Zela provided the extra attention to women’s sport required to get the ball rolling and spark new interest, as well as gave a chance for writers to prove themselves and write about things they were passionate about. 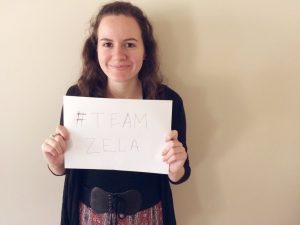 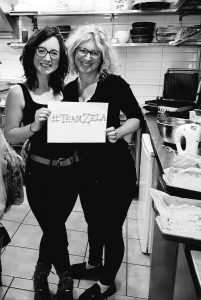 My passion for women’s sport is a huge part of who I am and having an outlet and a way to connect with a community of other women’s sport lovers was so important to me.

I enjoyed the fact that I was contributing to what became a thriving and credible outlet/platform for stories about women’s sport and women in sport across a broad range of topics, themes, angles and sports. 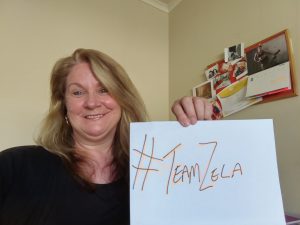 My stint with Zela was short – I suppose everyone’s was – but I am still grateful for those few months. Zela illustrated that people do care about what our amazing female athletes are achieving and, as a sports journo, Zela was a finger-licking opportunity to find great stories in the much-ignored field. And guess what? There are fucking heaps of them!

Among others things, I really enjoyed writing this guy: I agree. There shouldn’t be a site dedicated to women’s sport. It was a good chance to vent a little, having watched women sidelined time and time again. It was also a chance to sneak the work vagina into a story which, as you know, I felt was quite an achievement. Truth be told, this story was written with tongue slightly in cheek because actually, I do think there should be a site dedicated to women’s sport. I only think this, though, because I see it as a steeping stone to what female athletes really deserve – equal billing.

Kate Symons maybe wrote this for you @michaelebeid ? There shouldn’t be a site dedicated to women’s sport https://t.co/NTtjFLoMLn #TeamZela pic.twitter.com/PetAj6dtcG