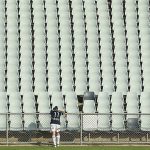 Women’s sport is returning to Australia! Rugby league starts in July, netball in August, basketball in November, and your summer of cricket will start in September. Rugby union are working on a plan and football is also expected to return in October. Women’s leagues around the world are also returning, the NWSL in the United […]